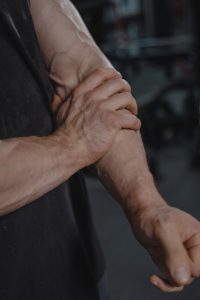 Navigating epilepsy and its many symptoms – including recurring or chronic seizures – can be a tall task, especially for newly diagnosed patients and their caregivers.

Here, we’ll survey what epilepsy is, how it affects patients, how neurologists classify the various types of epilepsy, and potential treatment options.

The terms “seizure” and “epilepsy” are often intertwined, but they actually have distinct meanings.

A seizure is a single event due to an abnormal discharge from the brain.

Epilepsy, on the other hand, is a syndrome of recurrent seizures.

It’s important to understand that every individual with epilepsy has seizures, but not every person who has a seizure has epilepsy.

Seizures can be caused by numerous conditions and injuries. They also vary widely by type.

What are the different types of seizures?

Let’s briefly survey the different types of seizures that epilepsy patients can experience. Properly diagnosing the exact cause and type of a seizure is essential for designing an effective treatment regimen.

These seizures involve the whole brain at once and consciousness is impaired. The following are different types of generalized seizures:

Aside from the focal vs generalized distinction, seizures can be further classified according to two designations epileptic and non-epileptic seizures:

The most reliable test to differentiate between epileptic and non-epileptic seizures is an electroencephalogram (EEG).

How is epilepsy treated?

The evidence, along with our clinical experience, confirms that individuals experiencing epilepsy should have great confidence that their condition can, in fact, improve with appropriate medication and therapy.

Whereas epilepsy was previously a justifiably feared condition that didn’t offer an optimistic prognosis to patients, medical advancements have come a long way to effectively manage and treat epilepsy. When the condition is well-managed, patients with epilepsy now live fulfilling, fulsome lives.

Here are some of the tools that neurologists use to treat epilepsy:

What is proper first aid protocol for seizures?

Here’s what you should do to help an epilepsy patient in the event of a seizure in the home or workplace:

If the person is convulsing:

If the quality of life for you or a loved one is impacted negatively by epilepsy, and you would like to learn more about what clinical trials are available to combat this condition and regain your life, please contact us.

In the meantime, also check out this helpful explainer video from The Epilepsy Foundation, one of the largest philanthropic organizations in the world funding the fight against epilepsy through research and innovation.

Clinical trials are research studies designed to provide valuable data for a new or existing treatment, or treatment method, to determine if it is safe and effective for humans. In order to determine if a treatment is both safe and effective, testing must be conducted to provide statistical proof. According to laws and regulations, all clinical trials must be reviewed, approved and monitored by an Institutional Review Board (IRB) to ensure the ethical treatment of participants, and to ensure that all participants are fully informed about the study prior to agreeing to participate.